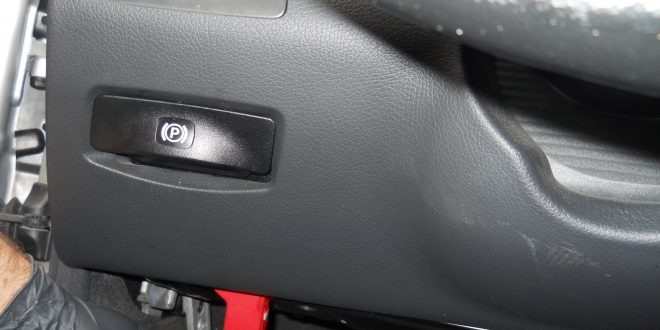 How To Fix Mercedes-Benz Ticking Sound in the Dashboard Problem

Symptoms: Noise Under the Dash 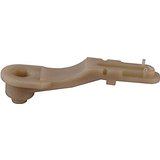 When you start your Mercedes-Benz, or even just turning the AC on, you hear a clicking sound (at times a shhh sound) from the dashboard. The sound lasts for about 20 seconds then goes away after approximately 5 minutes. Later on, however, the ticking returns and repeats its cycle.

Other times, you may feel that the fan speed is not normal. It speeds up and slows down all of a sudden. You may also notice that there is no air blowing on the floor.

The clicking sound and the rest of the symptoms may be attributed to a broken stepper motor lever or the footwell damper linkage. This is a common problem in MB C230, C240, C320, CLK320, CLK350, CLK500 but this problem can affect other Mercedes-Benz models such as E, S, CLS, GL, ML Class.

Another common problem is the air conditioner vent flap getting stuck. This is typically due to a worn out of failed vent flap motor. 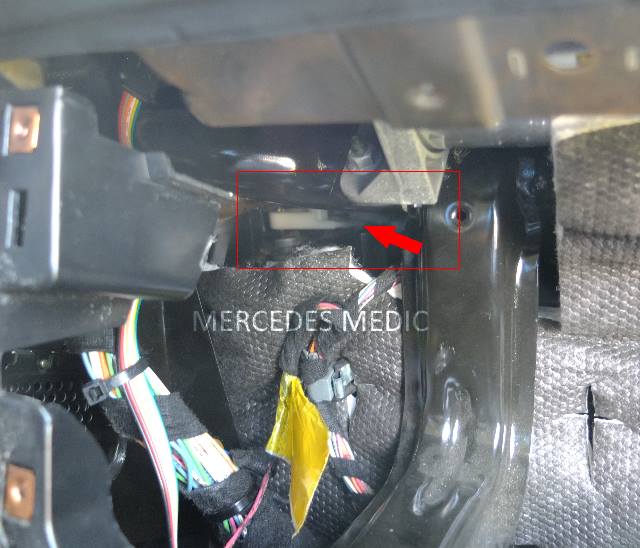 If it is indeed the linkage that’s broken, you have to replace it. Linkage replacement may be the best solution.

The linkage itself is relatively cheap. However, the process of replacing it takes hours, especially for beginners. If you would like to take it in, instead, repair centers charge up to $500 for their service due to the time required to disassemble and reassemble dashboard components.

The stepper motors could also be defective and get stuck in open or closed position. We know you would want to save your money as much as possible, here is the simplified tutorial of replacing it.

Using your fingers, pull out the rubber insert in cup holder area until you see two 10mm screws. Unscrew them

Open the center console until the other two 10mm screws are exposed. Remove them as well.

Press forward the black tab near the bottom right of the shifter and put the gear selector in neutral. Pull the entire assembly.

Locate the T35 screws under the plastic hump where the ashtray was. Loosen the screws to about 90 degrees.

Locate the other two screws under the AC controller then remove them using the T20 torx screwdriver. Detach the center console as far back as you can.

Above the radio, locate the small plastic tabs on the left side of the AC vents. Pry the lower tab until a thin open slit is exposed then locate two small torx screws. Loosen the screws. Do the same for the other side of the vent until you can remove the radio trim.

In the radio area, remove the screws until you can pop the lower dash section.

Loosen the small section of dash around the glove box.

Remove the vents on both sides of the center console and the tabs that hold black cage to the dash.

Re-sync the stepper motors by turning the ignition on. See if it works properly.

Once you’ve tested that everything works normally, put back all the parts removed.

Note: In all these steps, you have to be very careful not to damage your interior. Also, take note that the car must be turned off the whole time.

For more detailed instructions please click here, here, and here. These lead to one process but was divided into three parts.