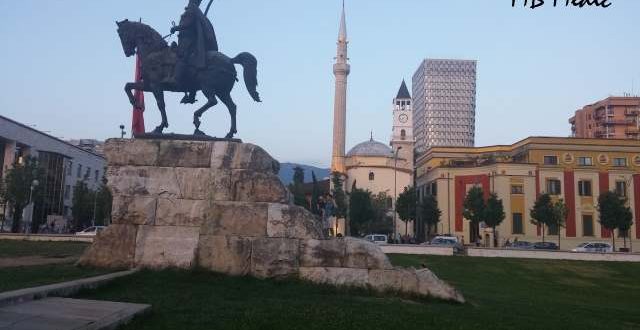 In Albania, Mercedes-Benz rules the road! Communism lost it’s grip in Albania in 1991, just 25 years ago, and suddenly everyone had more rights than they knew what to do with. This meant complete freedom of religion, for one thing. Ever heard of the Bektashi? They are a Muslim sect with Christian components which are allowed to dance and drink. The Catholics and Muslims get along here, and you’ll even find Mormons on the streets these days. It is a free city on it’s way up.

The most unexpected thing you will notice in Tirana and throughout Albania, however, is the cars. Albania may not be Europe’s richest country, but somehow Mercedes-Benz cars are everywhere. Even Mercedes-Benz thought it would be a good idea to take the new GLE model for an offroad test in Albania. Mercedes-Benz took the GLE 500 e 4MATIC through the Shushica valley located in the south of Albania.

You will be surprised to spot late model AMG models in Albania rarely seen on the road even in USA. Check out this Instagram profile Car Spotting Albania if you want to see a few examples.

How is this possible?

I asked a friend of mine, Gazi Sadiku, who has been giving walking tours of Tirana for almost 3  years now if he could shed some light on the subject. He’s a bit of an expert on all things Albanian. It turns out that there are some reasons, starting back in the 1930’s during a very tumultuous history. In 1937 Albania’s King Zog thought that it might be a smashing time to marry and settle down. Having seen a picture of a neighboring noble he already had someone in mind. Geraldine Apponyi de Nagi-Appony, a Countess of Hungary, was invited to visit Albania after Zog’z sister paid her a visit first (after all, you can’t trust pictures, haven’t you learned anything from Facebook?). Marriage wasn’t mentioned, but everyone knew what old Zog had in mind. Geraldine had good breeding but little in the way of funds and so it seemed a good match from Hungary’s side. She accepted the invitation, and they met in December of 1937. Zog proposed a few days later. Geraldine wasn’t as excited about it as Zog, being 22 years old while he was almost twice her age at 42(and looking nearly every year of it.) Still, praising him for his maturity and authority the proposal was accepted. They were wed in the capital city of Tirana the following April and the couple received presents from two rather notorious figures.

The 770k was favored by just about every leader of the Axis powers. Japanese Emperor Hirohito had 7 armor-plated versions of his own. King Farouk of Egypt and General Franco of Spain were other notable owners. Hitler even had a special uplift installed on the floor of his 770k, apparently to make the height-conscious Fuhrer appear taller.
This was an impressive gift for the Albanian Royals and an impression was made on the Albanian populace.
A second gift, from Mussolini, was demonstrably less-impressive. He gave the happy couple a few copper saucepans. He wasn’t very happy about this marriage. Not happy at all. Mussolini had hoped that Zog would marry an Italian, thus establishing Albania as a dependency. He had provided Zog with enormous amounts of money to develop the country and to help in easing the local poverty. This was now being used largely to keep Zog’s beloved
Geraldine in the lap of luxury. In 1939, about 11 days after Geraldine had produced a son and heir for Zog, Mussolini had finally had enough.He invaded.

Zog had been spending the Italian money unwisely, but it is also largely believed that Mussolini felt Albania was a stepping-stone on the way to the most glorious prize of Greece. In any case, the Royals were forced to go into hiding. Zog and Geraldine fled the country with their son and went into exile. The monarchy was gone but that one lavish wedding gift had made a very strong impression on the populace. It seemed the Mercedes was here to stay. It seemed the Mercedes was here to stay. During the communist years, Albanian political leaders emulated their former King in their choice of vehicles. Leaders like Enver Hoxha were driving everywhere in immaculately polished Mercedes luxury cars. Hoxha favored the Mercedes 600, the company’s flagship and the most expensive model of its time.
It was different for the average Albanian, however. Before communism fell, Albanians were not allowed to have religion and much less, to own a car. When communism fell in 1991 that would swiftly change and Mercedes, already established as a car of status, would soon be recognized and revered by Albanians for it’s quality of manufacture.

The first vehicles that arrived in Albania came from Germany and Italy, predominantly Mercedes-Benz and Fiats. From 1992-1994 the local roads were getting worse and worse and between this and poor fuel quality, the Fiats only couldn’t cut it. They were breaking down all over the country.
Mercedes has always meant quality, however, and many of them could run on diesel fuel. They had the advantage on the damaged and poorly maintained roads as well with their solid German-engineered suspensions and their quality parts.
“Some people were becoming mechanics,” Gazi says, “And if you wanted to buy a car you asked them what you should buy, and they will always tell you to buy Mercedes. They are good, and if you need some parts to fix your car you can always find some used parts in our junkyards. ” While Communism has gone the Mercedes certainly isn’t going anywhere. From a quality standpoint, they simply make sense. Double-paned windows, quality plastics or woods in the interior, and luxury features such heated seats and windscreen washer systems are common. They even introduced airbags in the 80’s, believe it or not. Mercedes has always been engineering driven and designed to last. Their dominance in Albania certainly seems to reflect this. So where is the best place to see a Mercedes in Albania? Practically everywhere. Most of the Taxis are Mercedes, for a start, and you can see some fancier models parked around Skenderbeg Square or when walking there from Ibrahim Rugova street. The owners are always nearby, wearing sunglasses and puffing cigarettes as they lean against a nearby building. When you notice the vehicle and then notice the owner, you will be greeted with a smile and a nod. Take a picture with one of their great cars; they won’t mind a bit. So just how many Mercedes are here? With an estimated number of around 300,000 cars in Tirana alone and about 40% of those being Mercedes, you’ll probably see more Mercedes vehicles here than in most parts of Germany. A typical American and British misconception is that Mercedes is like a Ferrari and can’t be owned by normal people. Thus, there is a largely incorrect assumption that the Mercedes here in Albania are mainly stolen. Automotive enthusiast show ‘Top Gear’ got a bit of flack for an episode aired in 2011where this(as well as Mafia ties) were heavily suggested. In fairness to the folks at ‘Top Gear’, their joke about an Albanian government minister, Spartak Poci being embarrassed when he was caught driving a stolen car at a Greek police checkpoint WAS true but this is hardly an everyday occurrence.

Yes, there are stolen cars here, like everywhere else, but what most people don’t realize is that you can purchase a Mercedes in Germany relatively cheap and have it shipped to Albania for another $1000 USD. This actually makes them quite affordable, and the older Mercedes models consume less fuel and last longer on Albanian roads. This doesn’t mean you won’t see newer models, however. Albanians love their cars and the AMG C63, CLS55, G55 models are alive and well in Tirana. Spotting a high-performance v8 that is not uncommon. If you spend the day walking in Tirana, you are sure to see one.

No other car can climb mountains like a Mercedes-Benz!

While the infrastructure in Albania has drastically improved in the last few years, there are plenty of dirt roads that require you have true driving skills and a strong heart in order to complete the challenge (make it alive). Watch out this E-Class and ML-Class driving on the dirt road to Progonat, Tepelene. These are the types of roads that you may be driving on if  you have to visit many small villages.


Top reasons why Mercedes-Benz cars are everywhere in Albania:

Albania may very well be the country with the most Mercedes-Benz cars per capita. Go visit sometime and get your picture taken with some nice ones. Check out the pyramid while you are there or go to the steps of the history museum if you would like a walking tour. Durres is great in the summertime for it’s beaches and Sarande is simply gorgeous.

Be aware, by the time you leave Albania you may be longing a Mercedes-Benz! 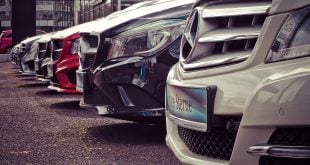 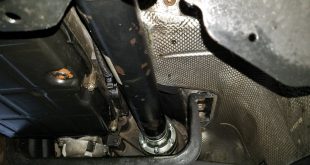 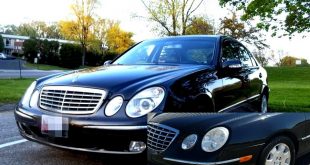 Why do other makes copy Mercedes-Benz?