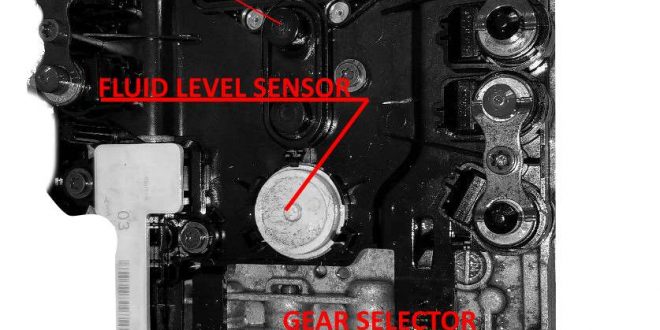 Defective valve body and conductor plate issues have effected many Mercedes-Benz cars equipped with 722.9 7G Tronic Automatic Transmissions. If these parts fail they will require replacement in order to extend the life of the transmission. The early 722.9 transmissions installed on Mercedes-Benz models between 2004-2008 had a higher failure rate. The majority of these transmissions were identified as VGS1 and required the replacement of both the valve body and conductor plate. Unfortunately, Mercedes-Benz declined to sell replacement valve bodies to independent repair shops claiming that these components were related to the security of the vehicle. Yet they will sell complete transmissions. Mercedes-Benz claims that they will not sell the valve body because it could aid in automobile theft. In reality, all that was happening is that dealer had the unfair advantage of being the only one who can repair these cars, while independent repair shops were limited at being able to fix these cars.

With the problem becoming much more common it is our understanding that Mercedes-Benz will now sell those parts to independent shops. A TRP paperwork needs to be completed which has the owner information and details on the vehicle such as VIN number and vehicle log reports.

Typically when the valve body or conductor plate fail you may experience the following symptoms:

While these are the typical symptoms of a failed valve body or conductor plate, Mercedes-Benz transmission can go into LIMP MODE due to other issues that may not be directly related to the transmission.

These transmission problems may start developing as early as 50,000 miles. Having to replace the valve body will cost between $2,000 and $3,000.

Reprogramming of the Transmission Control Unit (TCU) with the latest software is unlikely to permanently fix valve body or conductor plate issues. It could make gear changes smoother for those who are not experiencing transmission problems but should not be seen as a solution when the failure is due to hardware. The early 722.9 transmission (MY 2004-2007) identified as VGS1 on top of the TCU required that you replace both the valve body and conductor plate. In newer units, second generation (VGS2) and third generation (VGS3)  can be repaired by replacing the conductor plate and TCU unit only. The new TCU unit needs to be virgin and be married to the vehicle using SCN coding. Replacing the valve body on a 722.9xx requires that the TCU be “virgin” and be “married” to your car. What that means is that the TCU can not be from a used car. In the 722.9 transmissions, the TCU is on top of the conductor plate. It may have Siemens VDO printed on top. This requires that you purchase the replacement parts from the dealer.

It is also possible to virginise a TCU. There are facilities that can take a used TCU and make it virgin again by erasing the information of the previous vehicle. This unit can then be “married” to any Mercedes-Benz using Star Diagnostic C3 or C4 scanner.

Instruction on how to replace the valve body on 722.9 7-Speed transmission, are generally the same as on the 5-Speed automatic transmission.

The follow video shows step by step instructions on how to perform this procedure.

Make sure to reinstall the B3/2 valve. If you don’t your Mercedes-Benz may not move when you switch between the Economy / Sport / Standard mode using the switch on the shifter module.

Location of Selenoids and Clutches The picture below shows the location of the solenoids and clutches on the 722.9 Mercedes-Benz transmission which include:

How to replace the solenoids

How do I know which VGS conductor plate I have?

Look for a number printed on top of the VGS / VDO. You should have a number such as VGS 3.