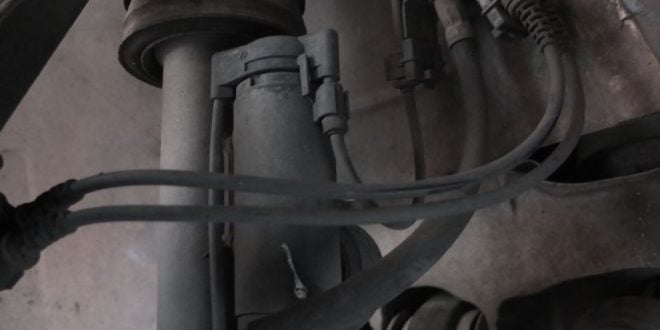 This week we are troubleshooting a Mercedes-Benz S-Class that lowers itself when parked.  Mercedes-Benz lowering is intermittent.  In some cases, the car will drop itself overnight but not always.  If the vehicle is parked on an incline or downhill the raising or lowering when parked may stop. There are many possible causes for this malfunction. Mercedes-Benz with airmatic suspension tries to self-level when parked but they end up completely lowering to the ground. In our case, the S-Class would raise to normal height when the car started. The airmatic suspension would normally work for the rest of the trip.

When one level sensor is malfunctioning, or the rod is bent, the vehicle may try to level itself unsuccessfully.  This may cause your Mercedes-Benz to self-level too high or too low.

Mercedes-Benz E, C, CLK, GL, S-Class may develop any of the following issues.

The cause of this problem is usually one of the level sensors. Each of these sensors has two hall effect sensors inside.

The two front level sensors are located at the air suspension struts. In some models, you will only find one sensor at the rear axle. In this case, it measures the position of the torsion bar which provides an average vehicle height for both rear wheels. 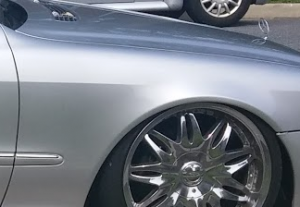 The level sensors measure the current height of the vehicle, and those reading are stored on the airmatic control unit. 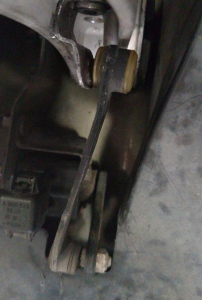 You Mercedes-Benz airmatic control unit will calibrate vehicle height. It does this so that the one corner of the car is not sitting too low or too high compared to the rest of the car.

When the level sensors are damaged they can throw off the calibration procedure. The vehicle can’t level itself, and it continues releasing air from via the pressure release valve. Eventually, your Mercedes-Benz lowers to the ground or it can also raise to the maximum setting. 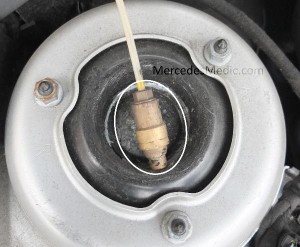 At the air strut, there are also accelerometers whose main purpose is to determine road conditions. If the strut is moving up and down too frequently during driving the airmatic may raise the vehicle as it things that the road conditions are rough. When the accelerometer fail they generate fault codes C1123 or C1121. They also can cause the vehicle to raise to the highest setting when they malfunction.

To fix issues such as Mercedes-Benz raises or lowers when parked you need to start by inspecting the level sensors.

If the sensors do not have any visible physical damage, your next step is to carry a vehicle level calibration. This can be performed by an auto repair shop, or you can perform it yourself if you have a scanner capable of performing airmatic troubleshooting. You will need a scanner that provides similar capabilities to Mercedes Star Diagnostic and allows you to scan multiple control systems in your Mercedes-Benz including programming, actuating and calibrating sensors.

Watch the following video on how to access the airmatic control unit and perform calibration using the Autel DS708 diagnostic scanner.

Previous DIY How to troubleshoot Mercedes airmatic suspension using a Diagnostic Scanner
Next How many miles are Mercedes-Benz cars good for?