Mercedes-Benz balance shaft problems and how to check your car. 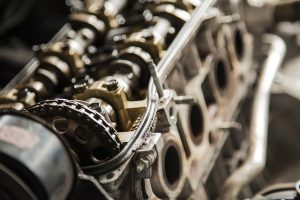 Mercedes-Benz V6 and V8 engines had timing chain problems caused by balance shaft and idler gear failures. Mercedes produced certain models with defective gears in their balance shafts (M272 engines) or with defective idle gears ( M273 engines). These faulty gears wear out prematurely, excessively, and without warning, causing the vehicle to malfunction, the ‘check engine light’ to remain illuminated, and the vehicle to misfire or stop driving. A lawsuit was filed against Mercedes-Benz, and you can read the details below. 1

Timing chain failures can cause catastrophic engine damage. Early signs of this problem are the check engine light and engine noise. If the timing chain fails, the pistons can hit the valves and cause severe damage to the engine. Engines with the balance shaft worn sprocket were Mercedes-Benz 350 models (Example: E350 C350 etc. ) that were equipped with the M272 engine. Mercedes-Benz engine is typically labeled as 450 models that have the V8 M273 engine had problems with worn guide idler gear. The parts themselves are not very expensive, but they are very costly to replace.

In very few cases a stretched timing chain could also be possible due to lack of maintenance and regular oil changes.  The reason why these engines had such problems is that weak materials were used for the balance shaft sprockets and the timing chain guide wheel idler.  These materials were updated later in the production. You can find out if your Mercedes-Benz has the weak materials if you know your engine serial number or use the instructions below to find it using your VIN.

Problem #2. Camshaft solenoid adjusters.
Electromagnets bolted on the fronts of the engine head are defective and need to be replaced.

HOW TO CHECK YOUR CAR

Go to this page and click on Option 1 or 2. You will be taken to an external site where you can check engine and transmission serial number. Once you enter VIN number hit search and look for your engine serial number.

Mercedes-Benz with the improved parts have engine serial numbers that are higher than:

If the link above doesn’t work, you can go to MercedesMedic.com/decode and use one of the options in that page to get your engine serial number from your VIN. 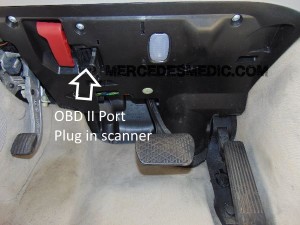 If your engine serial number is lower than the serial numbers shown above you should perform a scan of your engine ECU, which is very easy. You will need an OBD-II scanner which you can purchase on Amazon and some of them cost less than $20. Any of these Best Selling OBD-II Scanners and Code Readers on Amazon would work. Plug the scanner in the OBD-II port under the dashboard and read the fault codes from the engine ECU. You will get error codes if your check engine light is ON. If your check engine light is off, you could get pending fault codes meaning that the car is just detecting the problems but has not yet turned ON the check engine/service engine light.

Hopefully, you don’t have any of these codes:

If your engine serial number is part of the affected cars, then you may want to inspect further. Perform a visual inspection for wear of the teeth on the sprocket on the M272 or the guide idler gear of the timing chain for the M273 by removing the timing case cover of the engine. If you conclude that you have balance shaft engine issues, the repair is very labor intensive, and the engine will have to be removed.

There was a lawsuit against Mercedes-Benz USA LLC where the plaintiffs allege that Mercedes produced certain vehicles with defective gears in their balance shaft for the M272 and defective idle gears in the M273.

RECENT UPDATE: The Court granted the Motion for Final Approval, approved the Settlement and certified a Settlement Class on August 17, 2015. The Settlement Effective Date is October 20, 2015. If you submitted a timely claim, the deadline for a determination of its validity to be issued is January 18, 2016. The deadline for issuing checks for valid claims is February 17, 2016.
Lawsuit Details
There are two specific ways to receive compensation from this class action settlement: Extended Guarantee Mercedes has agreed to cover qualified future repairs up to 10 years or 125,000 miles to the sprocket of the balance shaft gear in M272 engines or the idle gear in M273 engines. Percentage-Based Reimbursement Mercedes will pay a percentage of the costs for repairs associated with this defect as follows: Repairs not done at an authorized Mercedes dealer will receive a reimbursement up to $4,000. If the repair took place before between 4 years or 50,000 miles and eight years or 80,000 miles, Class Members would receive 70 percent of those costs. If the repair took place between 8 years or 80,000 miles and ten years or 125,000 miles, 37.5 percent of the costs would be reimbursed. No reimbursement will be sent to Class Members who have vehicles that were repaired after the vehicle was ten years old or had 125,000 miles on it. Repairs must have been done before May 13, 2015.