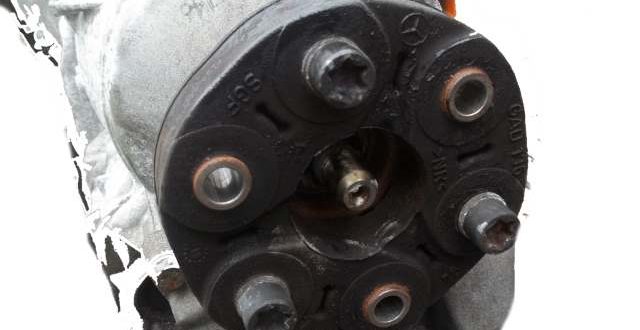 What is a flex disc?

A flex disc or a giubo is a coupling device made of hard rubber. Input and output shaft flanges are bolted to the Mercedes Flex Disk on either side (see picture below).  The transmission shaft, drive shaft and differential are not connected directly to one another but instead they are connected via the flex disk.

In a Mercedes, there are two flex disks: 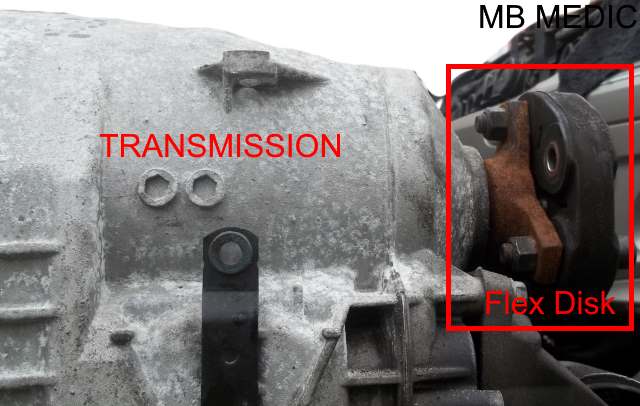 The rear flex disc. The rear is easier to find, as it is conveniently located between the drive shaft and the rear differential. Finding the former, however, requires one to climb under the car. Look at the output shaft of the transmission which falls approximately in the middle of the vehicle.

In terms of function, a Mercedes flex disc has two:

Generally, a flex disc’s life span is long. It can take you up to 200,000 miles before it starts degrading. But no matter how robust your giubo is, its life still has to end at some point. 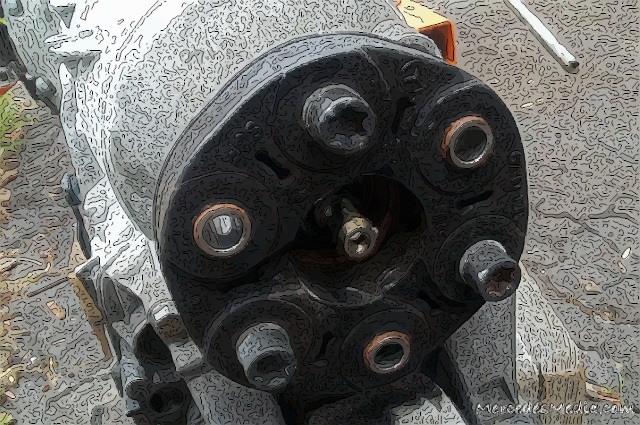 Physically, a damaged flex disc will have either

At times, however, the physical damages are not visible to the naked eye. They are only aggravated due to the centrifugal force when the driveshaft spins.

When a flex disc is cracked, falling apart, or missing its bolts, these symptoms start to appear: 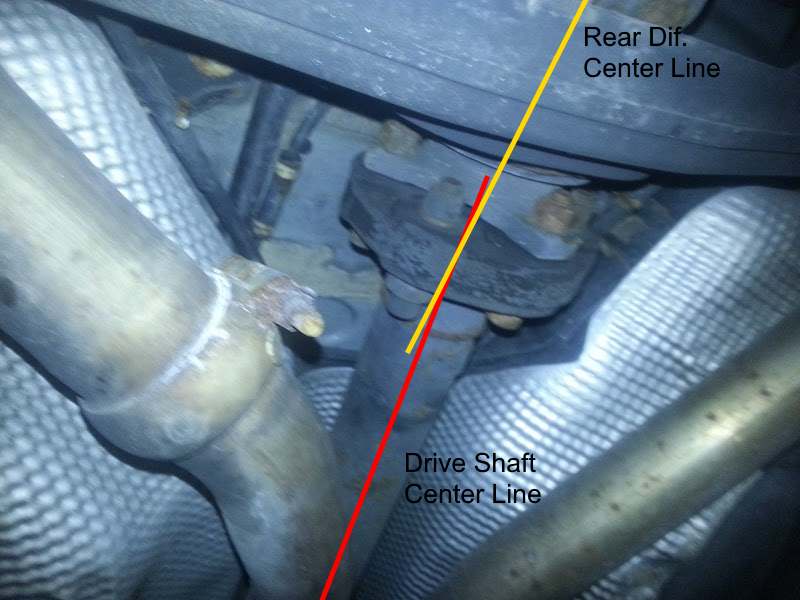 There are a number of reasons a flex disc starts to crack or be damaged.

Just like the other parts of a vehicle, a flex disc needs a regular check up. During every oil change, check up on it along with the brake lines, CV boot, power steering fluid, etc. Or if you start feeling unusual vibration and/or knocking sound, you need to check the flex disc for cracks.

To do this, get under you car and look for the discs. You may need to grab the driveshaft and move the disc to see the cracks. When you any sign of damage, replace it immediately. 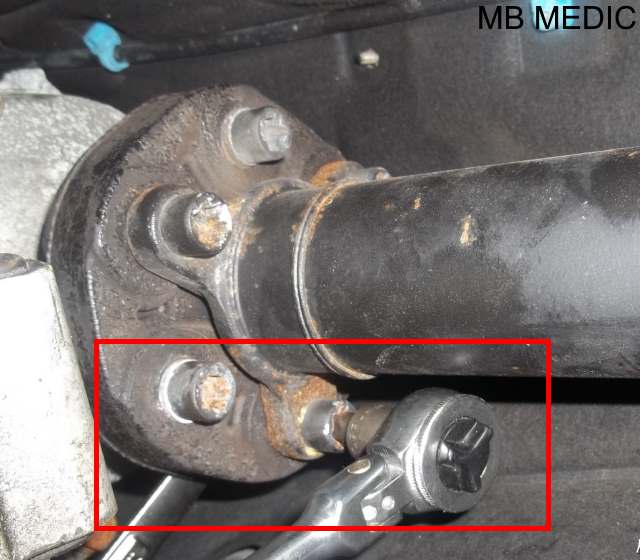 Replacing the flex disc does not require removing the entire driveshaft and it is job as long as you have Star Bit Socket Set. You only need to remove what needs to be removed: the disc itself. Replacing it is not hard, but you have to be very careful that you put the new one properly.

Because it is relatively easy to take the disc off its place, it is highly possible that you don’t remember how it was oriented or where the bolts were and how they were positioned. To save you from the trouble of replacing the disc over and over, remember that there is only one proper way to position the disc. In fact, there is a direction orientation written in German that says something along the line “diese Seite in der hinteren”  (this side to the rear). 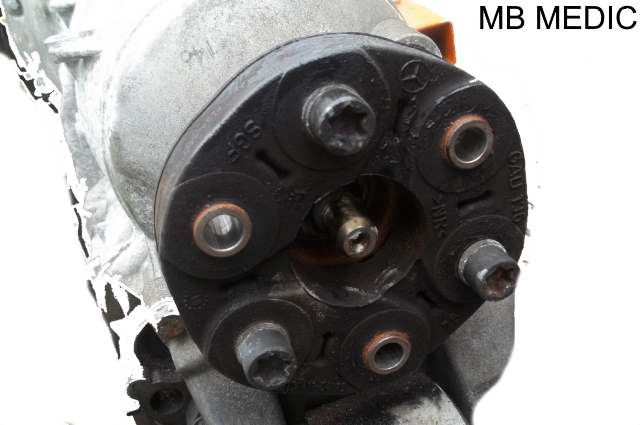 If you have an auto repair shop replace the flex disk on your Mercedes-Benz expect to pay between $300-$500 depending on your location and model of MB. If you do it yourself you can spend around $100 for the Mercedes-Benz Genuine flex disk.

If you would like to save even more there are many aftermarket flex disks for Mercedes-Benz for well under $100 USD. Check out the lowest price on Mercedes Flex Disk by clicking here for Amazon and click here to check eBay

Replacing flex discs is easy and inexpensive if you are doing it by yourself; ignoring damaged discs, on the other hand, causes more catastrophic and costly havoc on your car. It can damage the car’s body, driveshaft, and transmission. If you are travelling at more than 70 mph and the flex disc fails, it can cause the airbags to deploy. This is because the airbag CPU module is above the bell housing that the disc can hole once it fails. The hole can rattle the module, which then deploys the airbags.

In short, the original cost of about $50 dollars and a few portions of your time may be multiplied tenfold if the problem is ignored. Hence, as the saying goes, “prevention is better than cure.”