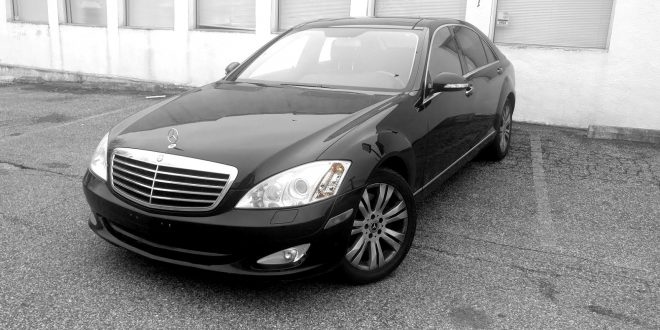 Is your car alarm going off for no reason? In this article, we go over the common issues that can cause a car alarm to go off randomly.

Mercedes alarm may go off even when no one is trying to steal the car. We have seen many cases when a Mercedes alarm (siren) goes off during the night while the car is parked, when you try to lock the car or during extremely cold weather.

In this guide, you will learn how we fixed a Mercedes alarm going off. Also, other common issues that can cause a car alarm to go on and off.

First, let take a look at what many Mercedes owners experience:

How to stop Mercedes alarm

Let’s take a look at some of the most common problems that trigger a car alarm to go off randomly.

Even though these problems apply to Mercedes-Benz cars, a few of them apply to other makes as well.

The most common cause of car alarm going off randomly is a weak battery. If your car alarm goes off in the middle of the night an old battery is often the problem.

If your car battery is over 5 years old it may no longer hold a proper charge.  If the battery voltage drops below 11.5 volts, your car alarm can go off (when programed at factory).

This happens when the car is parked for several hours typically overnight or when the weather gets extremely cold which decreases battery performance.

Why does a car alarm go off, when the battery charge is too low?

This is a common problem in many luxury cars including Audi, Lexus, BMW, Acura.

We recently had an ML / R – Class where the car alarm would go off during the night. What complicates this case even more, is that the car would start without a jump start.

After further troubleshooting we noticed that the engine turned over slowly and it was struggleing a little. This is an indication of the car battery not performing well. A parasitic draw can also cause your car alarm to go off randomly. A parasitic draw happens when you leave lights on or have a system such as radio or amplifier that is draining the battery when the car is parked. For example, if you leave an accessory powered in the cigarette outlet, amps is always on or a module doesn’t go to sleep, it will start to drain the car battery.

Again, once the battery voltage goes under 11 or 11.5 volt, it will cause the car alarm to go off. This problem can not be fixed by replacing the battery. The battery in your alarm siren can go bad causing alarm to go off.

You lock the car doors and a few seconds later the car siren goes off for no apparent reason. Hazard lights start to flash. Or in the worst case scenario, the alarm goes off in the middle of the night

Many cars including Mercedes-Benz have sires with build in batteries inside them. When the siren batteries fail, it can cause the alarm to go off.  Change the siren batteries or  replace the siren itself if found defective.  In most cases, the siren is near the driver side wheel well. Check out this post on MBWorld to learn about a few cases with this exact problem.

Newer Mercedes-Benz cars are equipped with both a Horn and Siren. The horn is in the front of the radiator. While the siren is the engine bay or under the driver’s side wheel well. If the horn button is stuck pressed or the clock spring is damaged it can cause the horn to go off. But this problem will not happen only when your car is parked, it will happen at any  time even when driving. A door or trunk hinge could cause the alarm to go off. Sometimes the hinges are not aligned properly.  During extreme cold and hot weather car parts contract and expand the most. This can trigger the car alarm to fo off.

Your SAM module could be the culprit as well. Rear SAM control unit typically located in the trunk, could fail if water gets inside. Control Unit N10/2 is what controls Automatic Theft Alarm (ATA) often refered to as Siren.

Any of the motion sensors mounted inside the vehicle can malfunction triggering the alarm system to go off randomly.  Motion and tilt sensors can detect if someone break into the car but also detect vehicle movement. If they fail the car may think someone has broken into the car or the car is being towed away without authorization.

The alarm module receives inputs from a number of sensors and micro-switches. If a sensor is faulty, the car may think a theft is in progress in which case it will trigger the alarm and flashes the turn signal lights.

It can be difficult to diagnose a car alarm that goes off randomly. First, start by checking the battery age. If it is over 5 or 6 years old, you may want to consider replacing it. You don’t want to wait until you get stranded.

If replacing the battery doesn’t fix the problem, the next step is to read the fault codes using an OBD-II scanner that can read Mercedes-Benz fault codes. If you don’t have one, then take your car to a mechanic that has Star Diagnostic Scanner.

If your hazard lights are flashing but the siren is not making any sound, it is possible that the wires to the siren have been cut or the siren is disconnected.